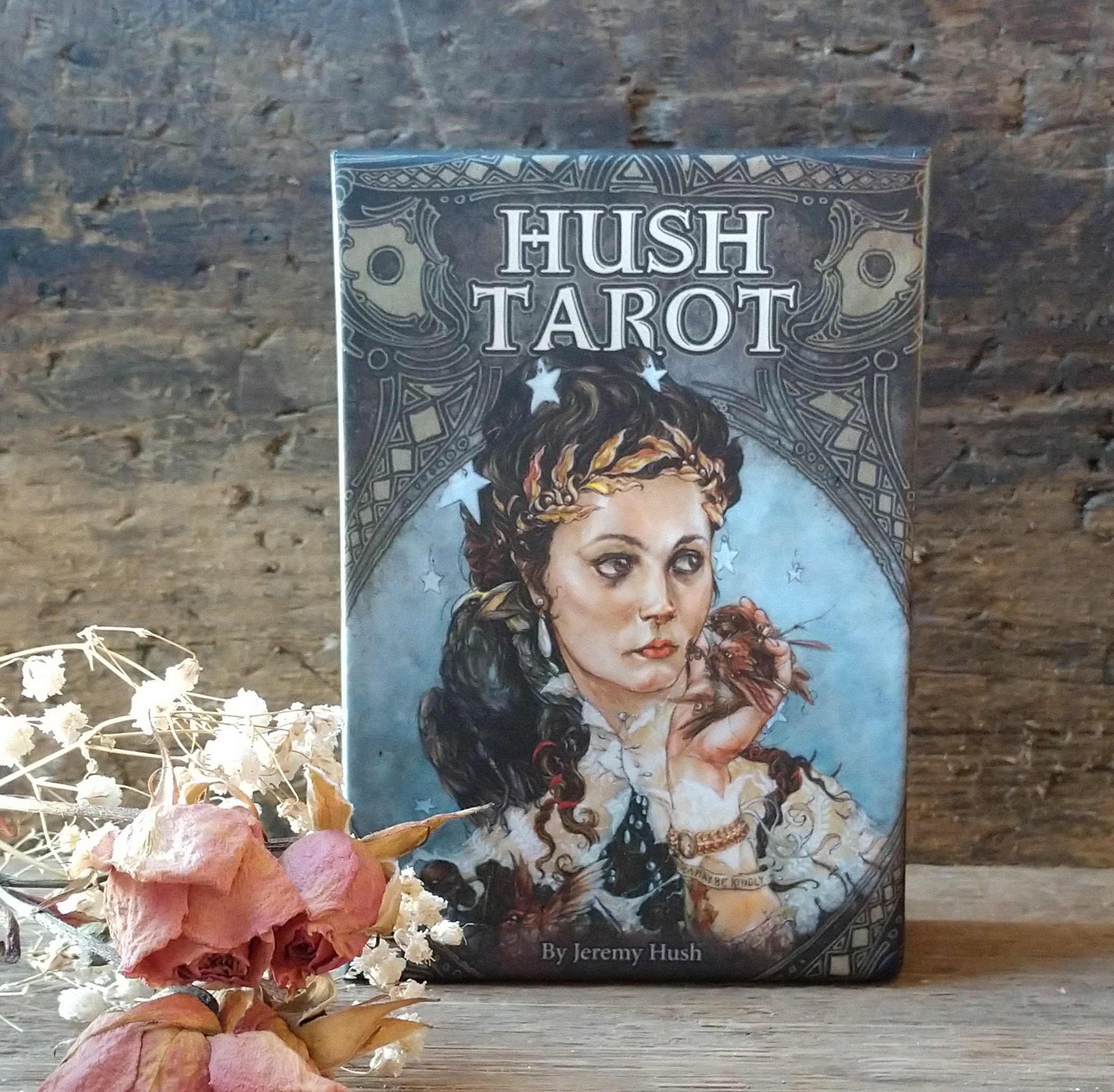 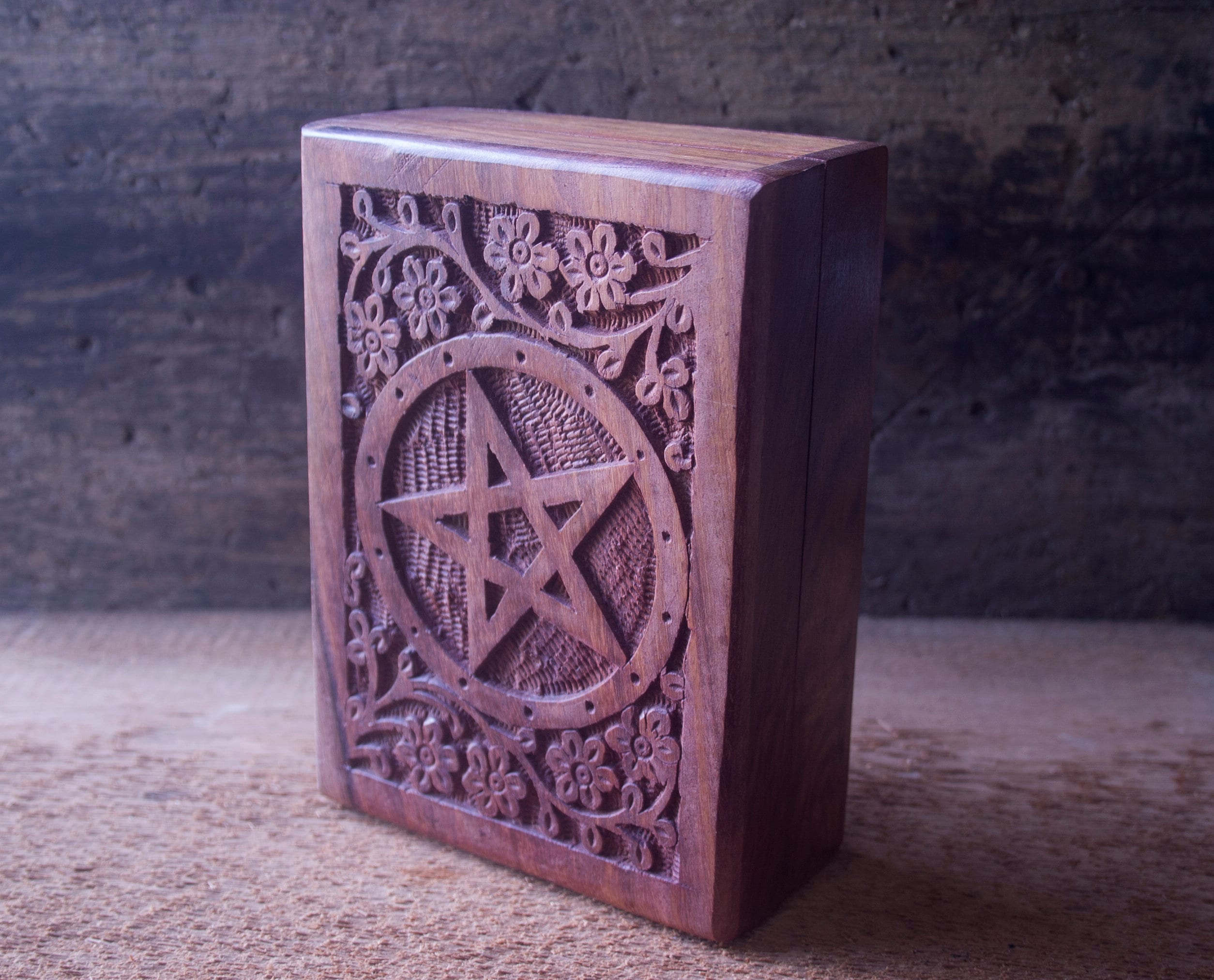 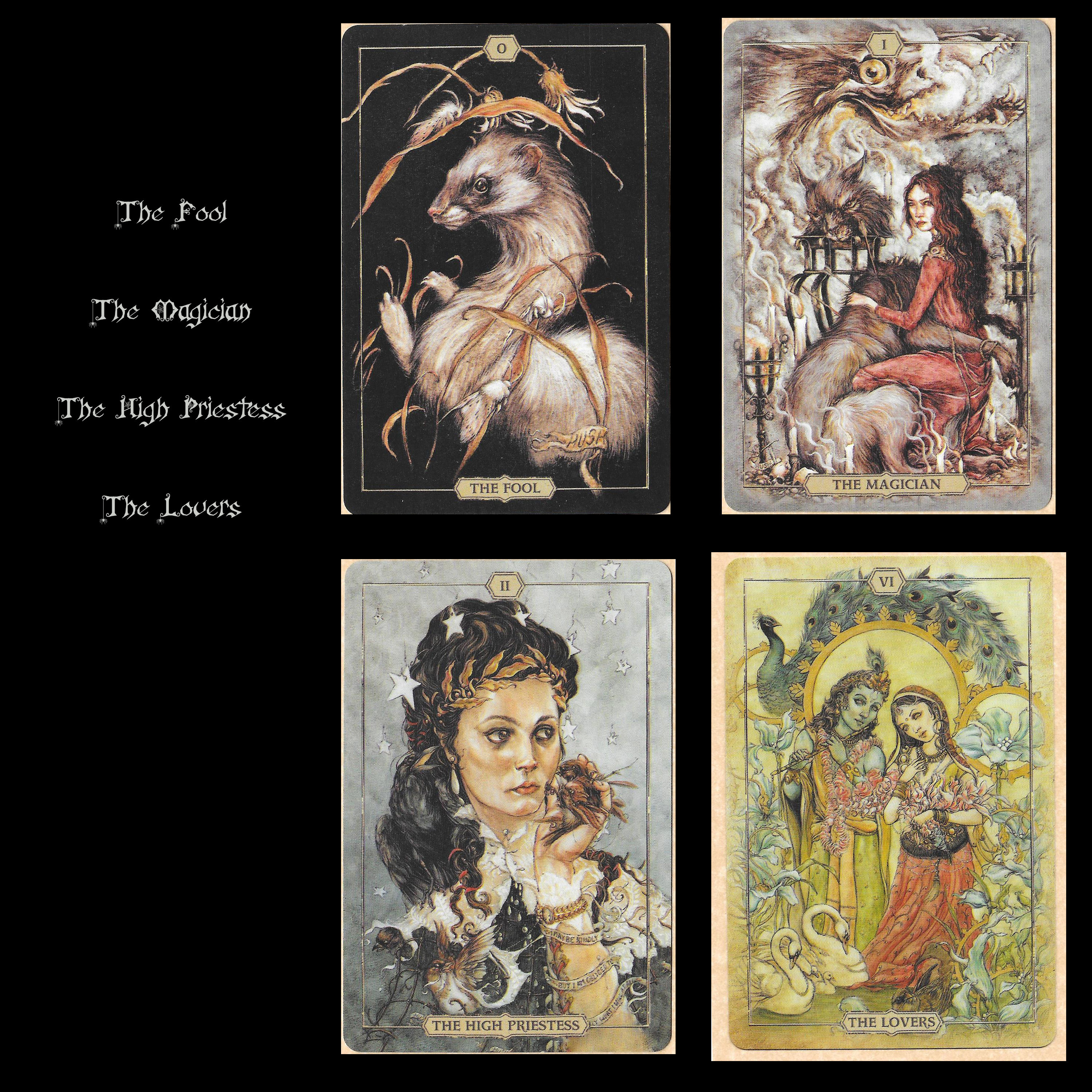 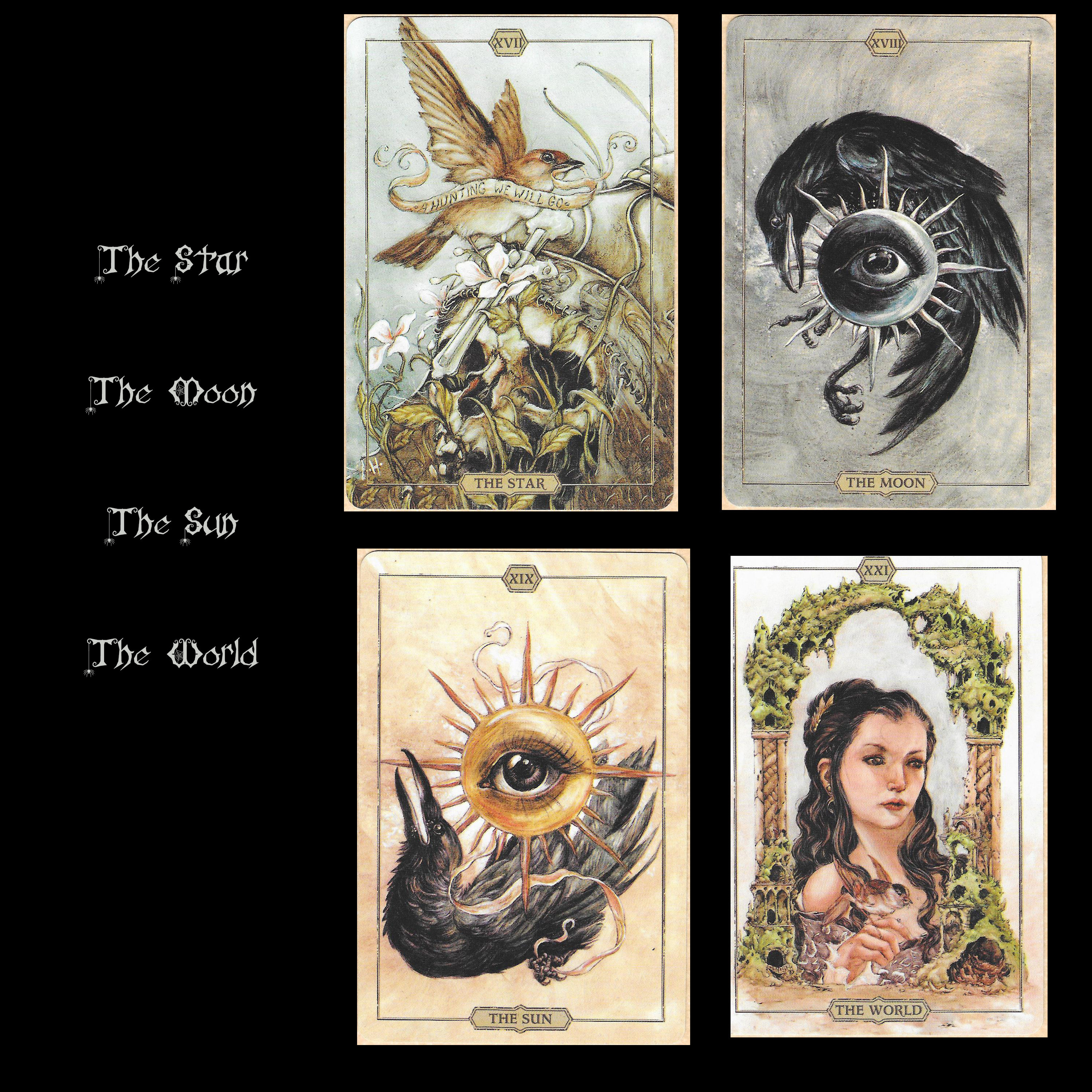 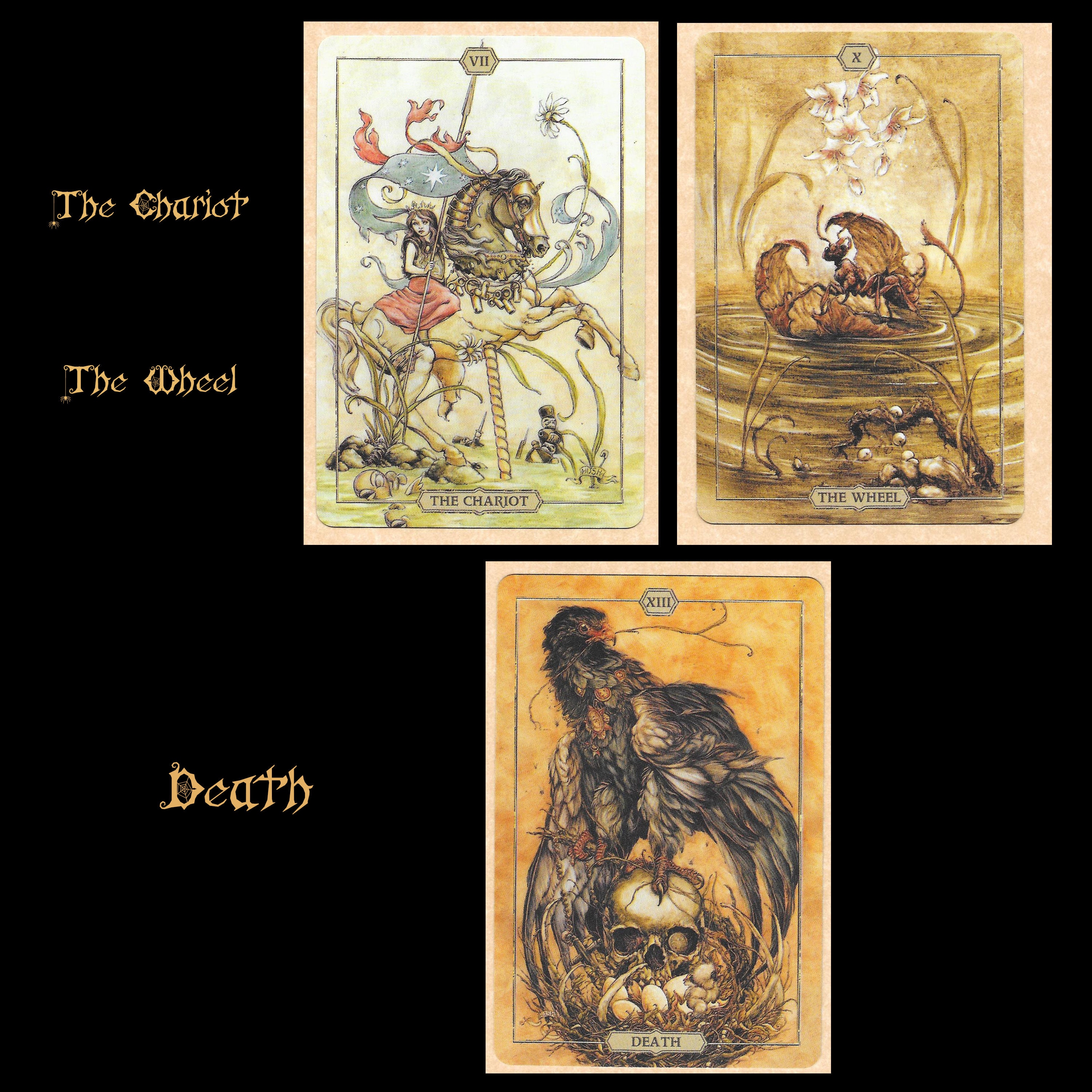 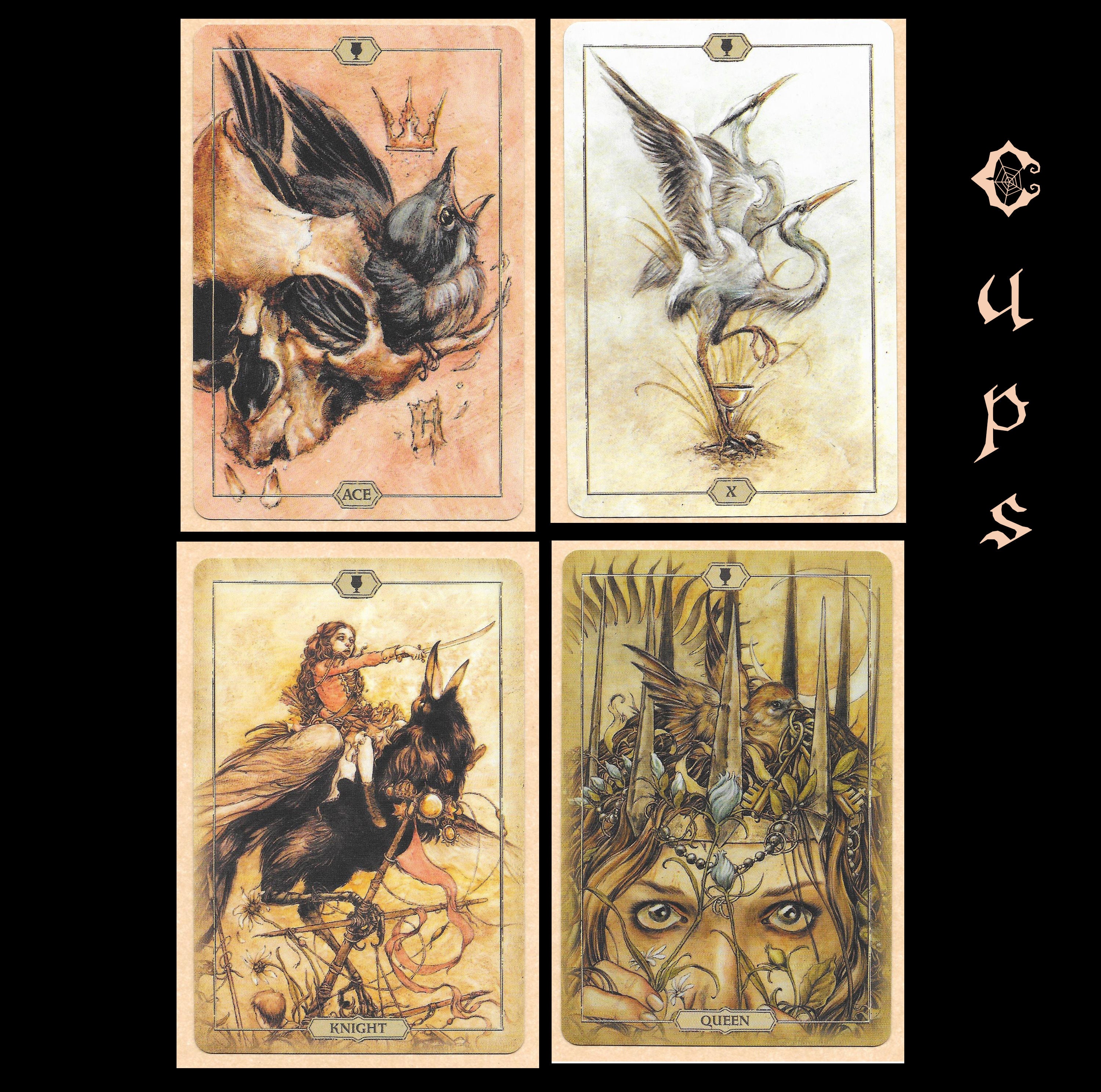 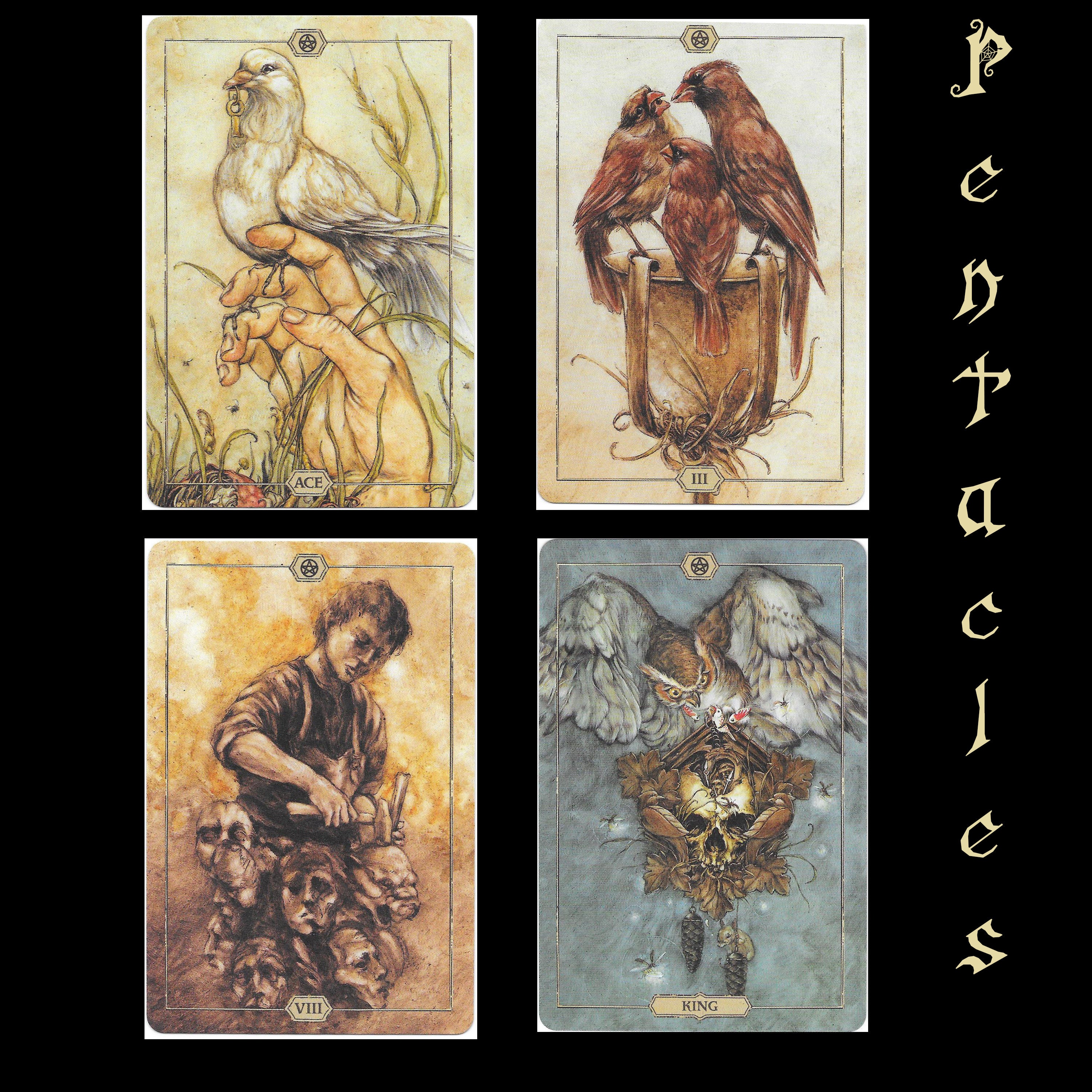 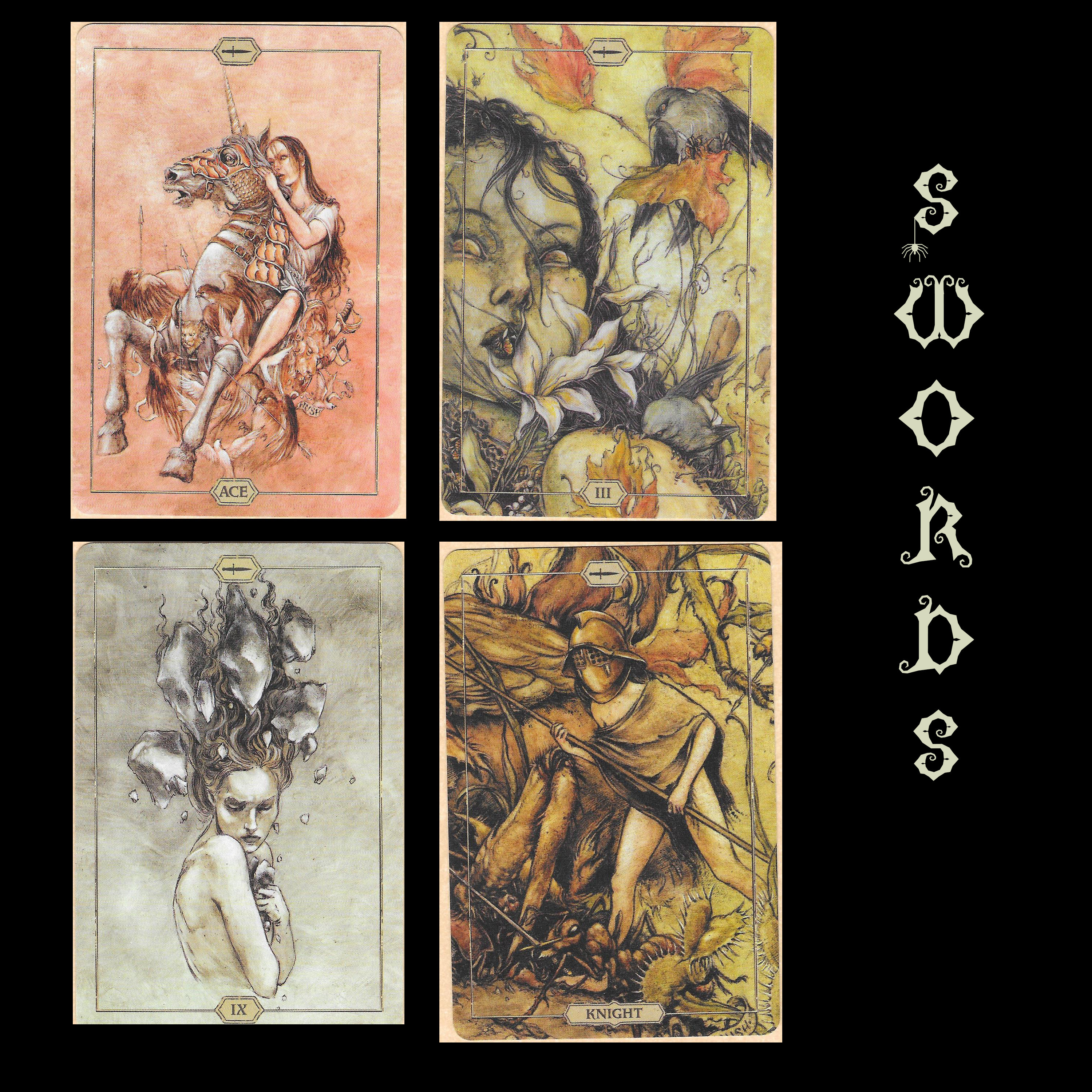 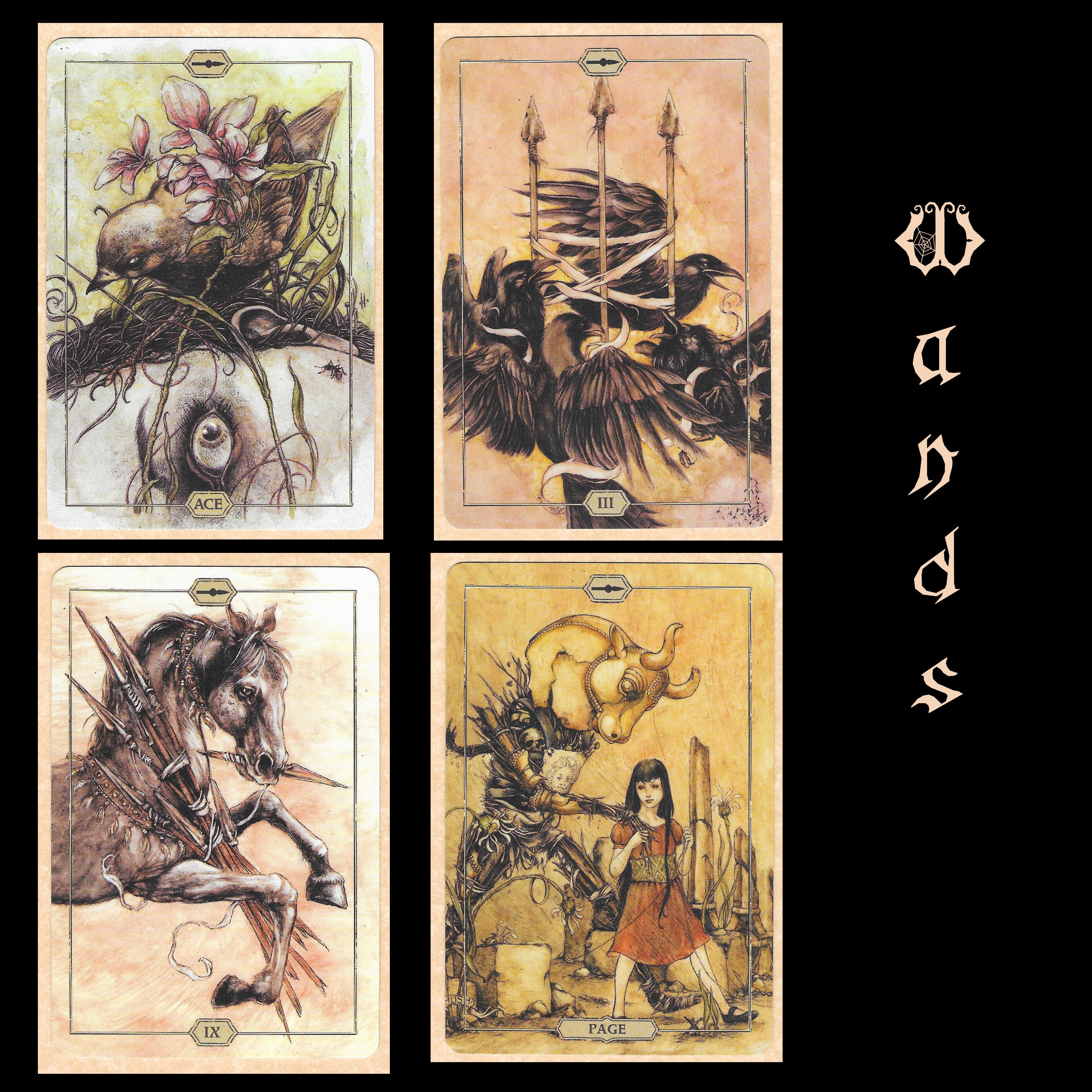 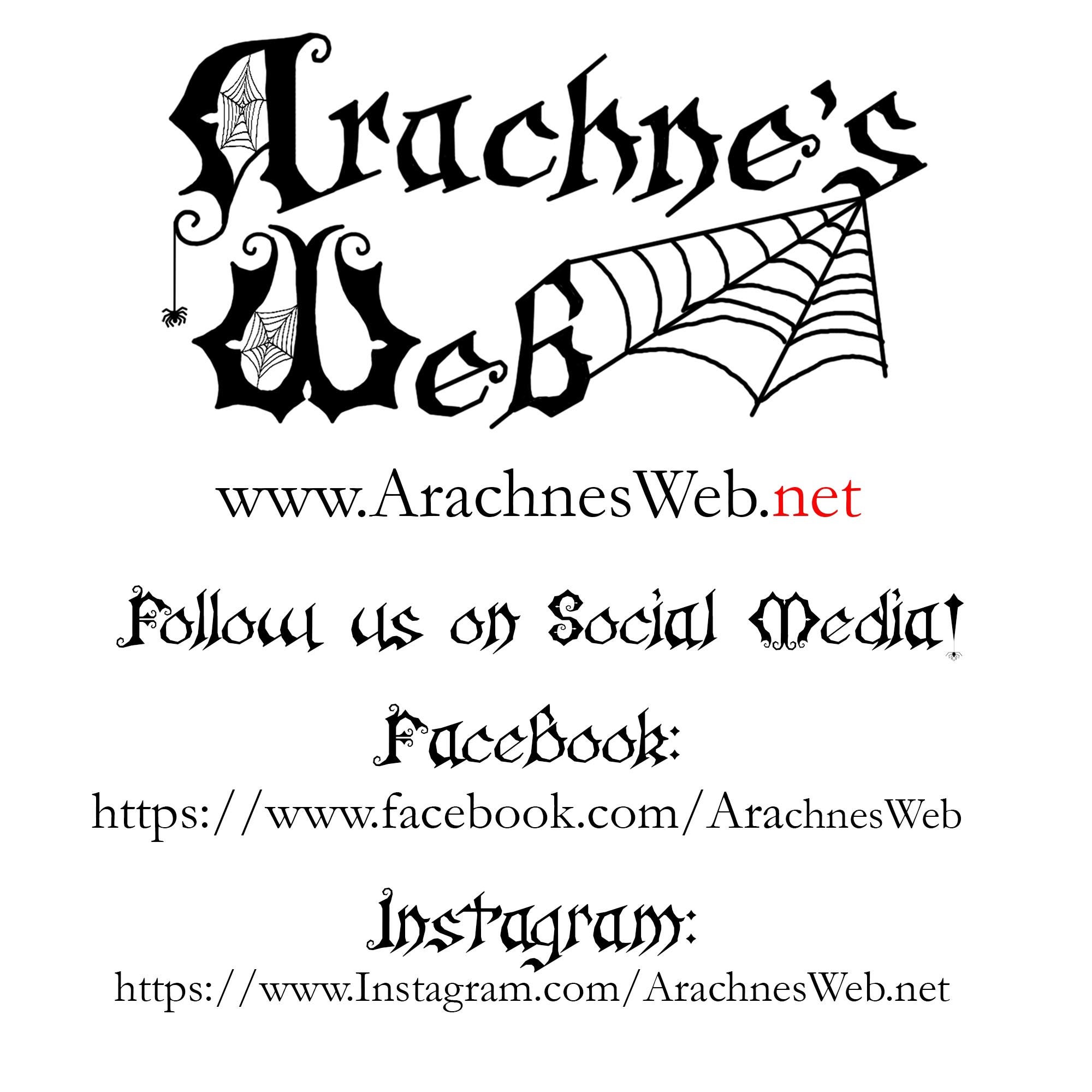 This is a wonderful new Tarot Deck from artist Jeremy Hush combined with a hand-carved wooden box, velvet lined, for the cards and a pouch for the cards as well.

The art in this deck is really well executed, by an expert draftsman. The subject matter is a bit macabre, many of the cards show people and animals in various stages of decay. Perfect for Halloween! I noticed that the suits of wands and swords are extremely similar (indicated by a small symbol on the top of the cards), as the symbols are quite alike. I think you'd get used to it, but I would not recommend this for brand new readers as the symbolism is more obscure. This is a lovely collector's deck!

From the U.S. Games Web Site:

Hush Tarot beckons readers to explore an alluring world where animal and human spirits are unified, and even the smallest creatures like ravens and hares have great significance. At times, they appear lost in the weeds but there is always a hidden clue guiding them to the way out. The
fascinating characters and landscapes are illustrated with lush detail inspired by a 19th century aesthetic that explores natural forms in various states of life and decay. Hush Tarot offers a shift in perspective that reveals profound answers to life’s mysteries.

About the Artist of the Deck:

Jeremy Hush began his creative career in the underground world of punk and metal bands, designing album covers and flyers, as well as booking bands and traveling around the world. He is now a designer, painter and woodworker specializing in Gilded Age techniques. Jeremy currently l
lives in Philadelphia, hiding and working in the Convent Gallery where he is the curator and renovator. He spends his evenings painting in his studio, preparing for gallery exhibits. His art has been shown around the world.

The box is a hand-carved wooden box, with a pentagram and decorative carving imagery. Cool and witchy.