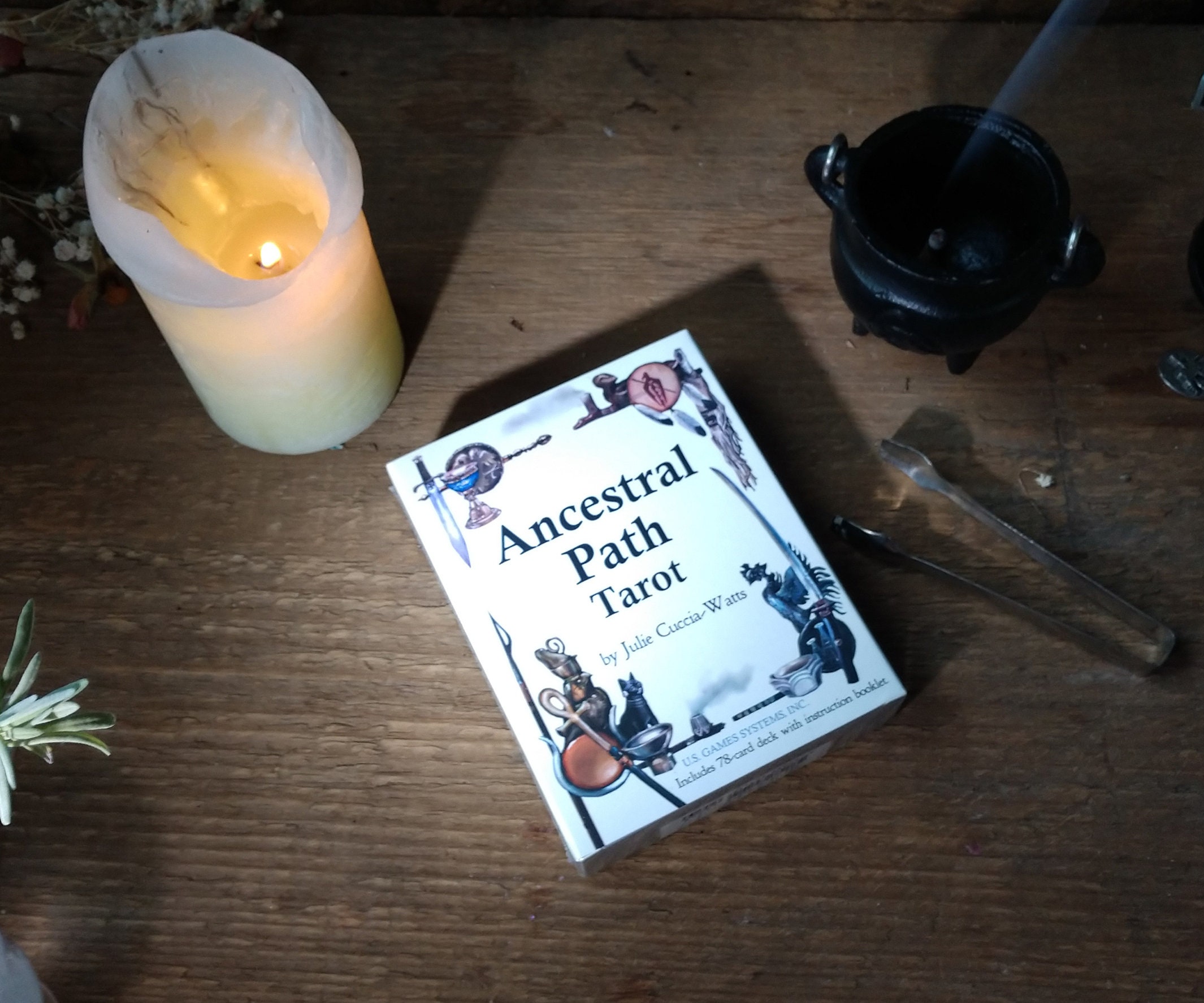 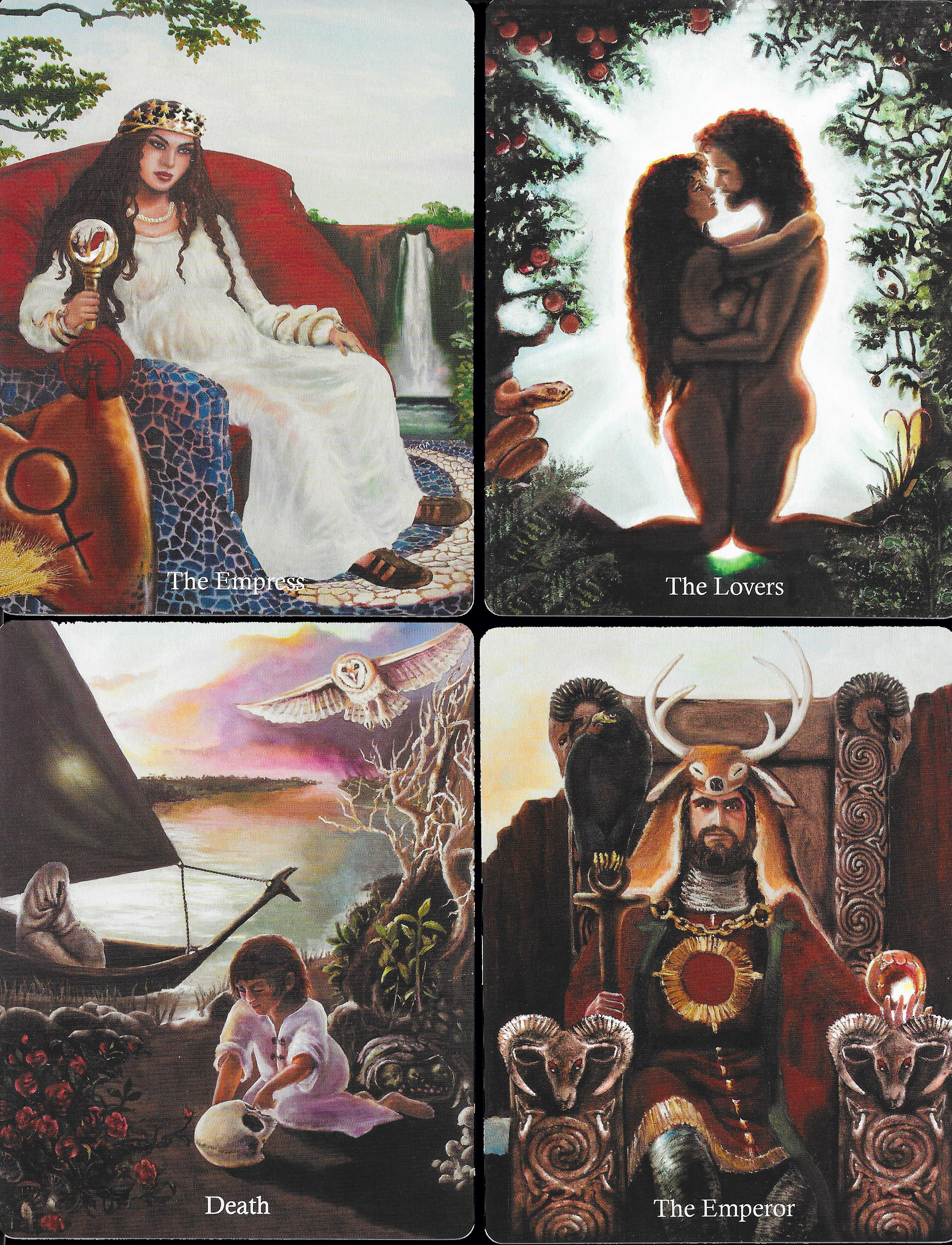 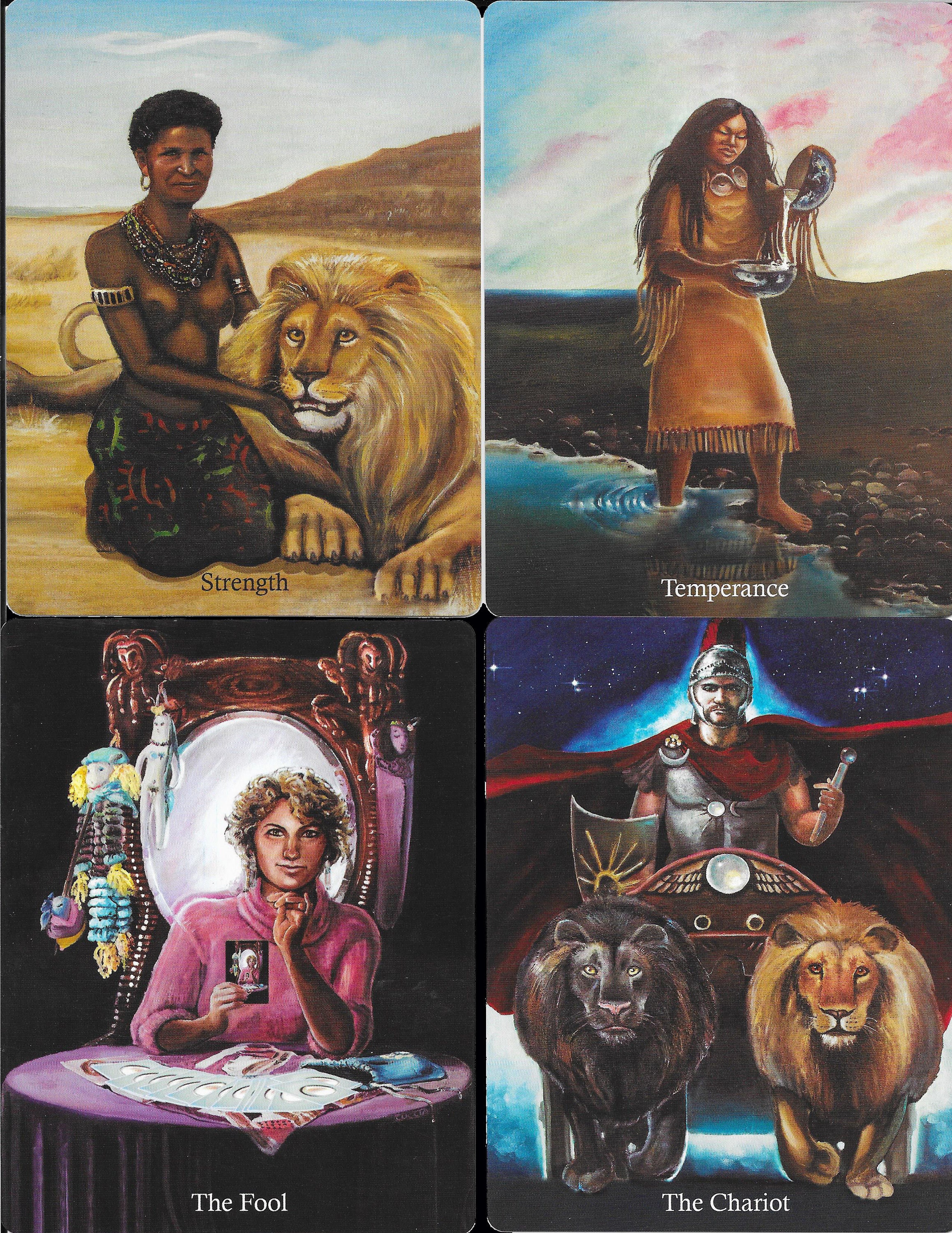 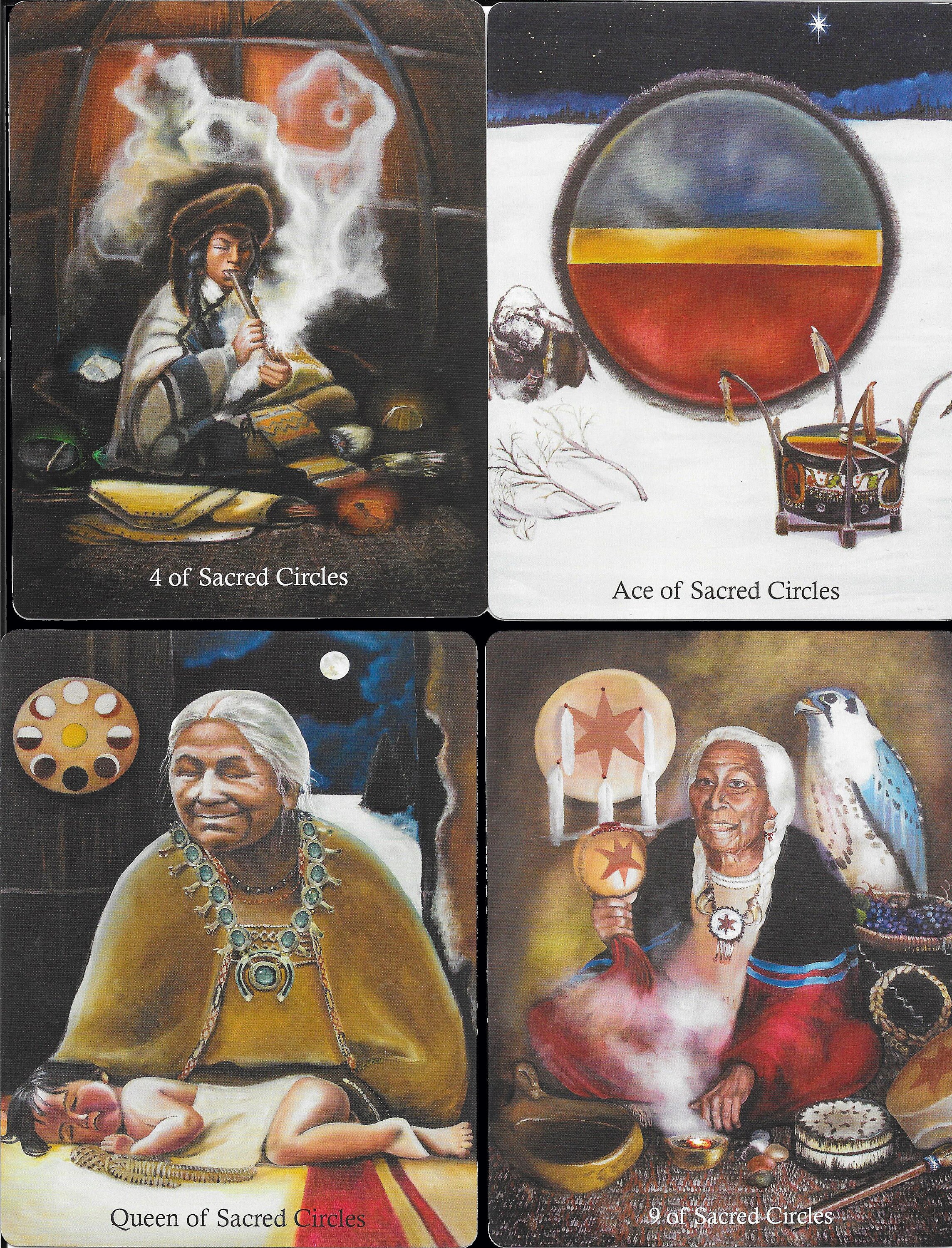 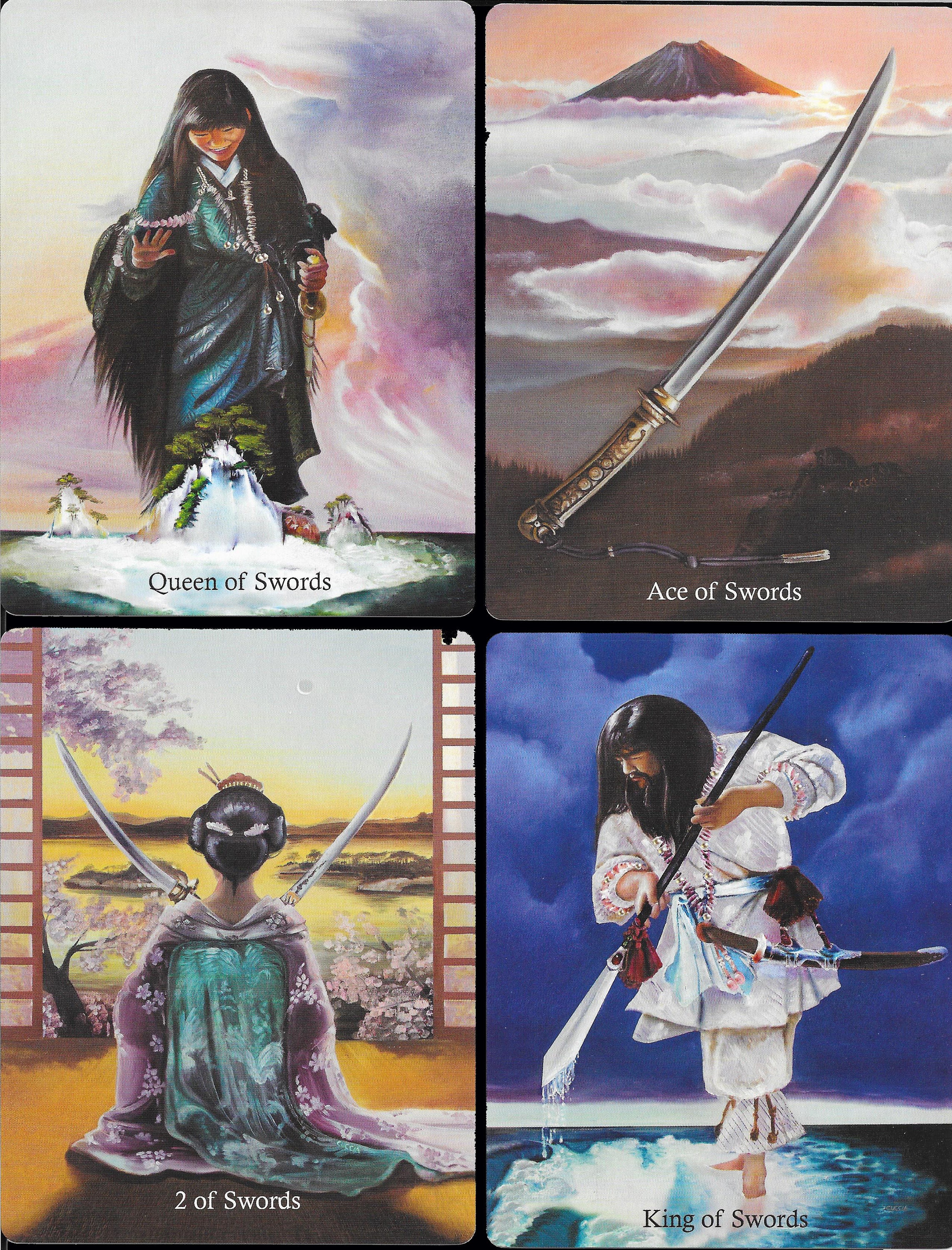 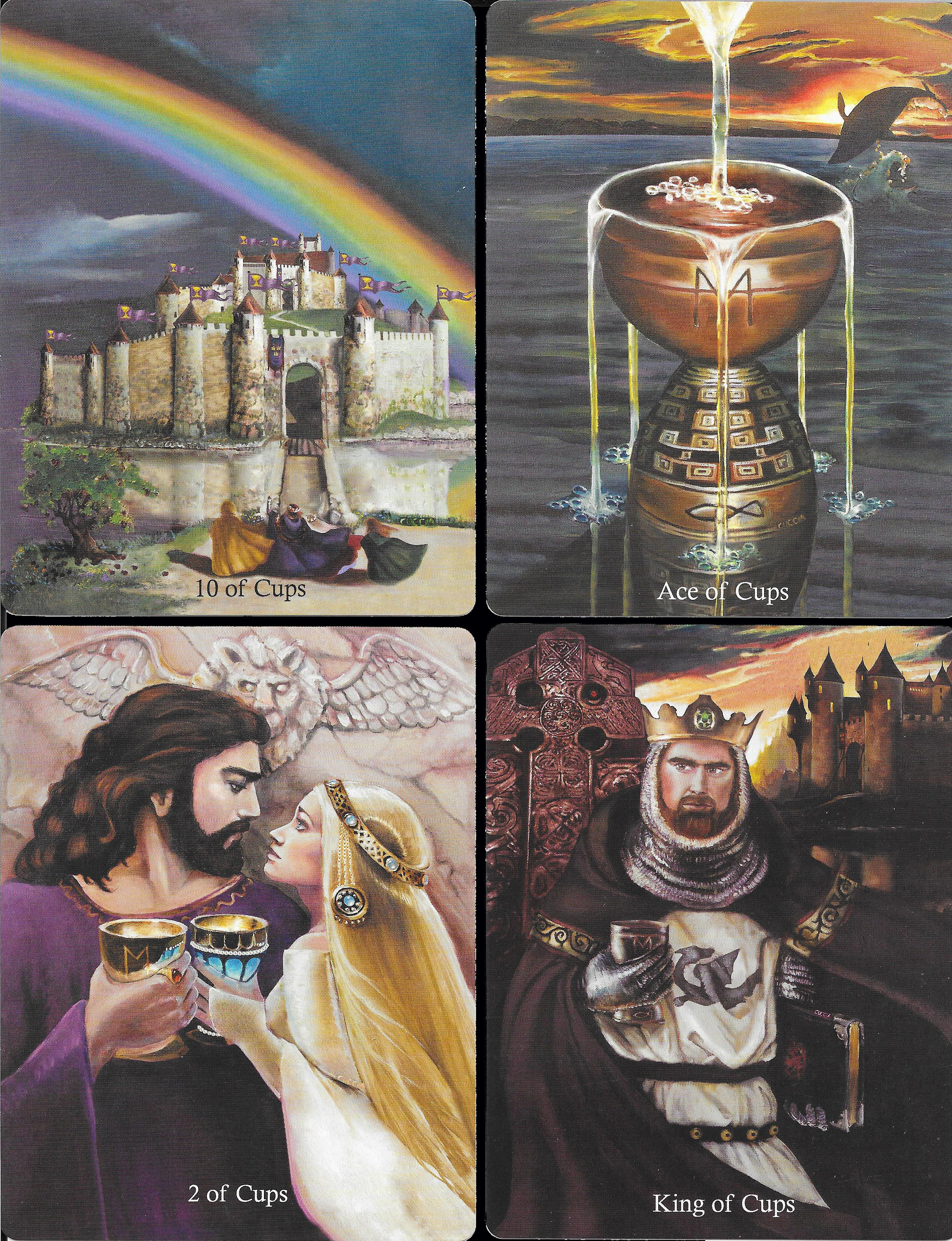 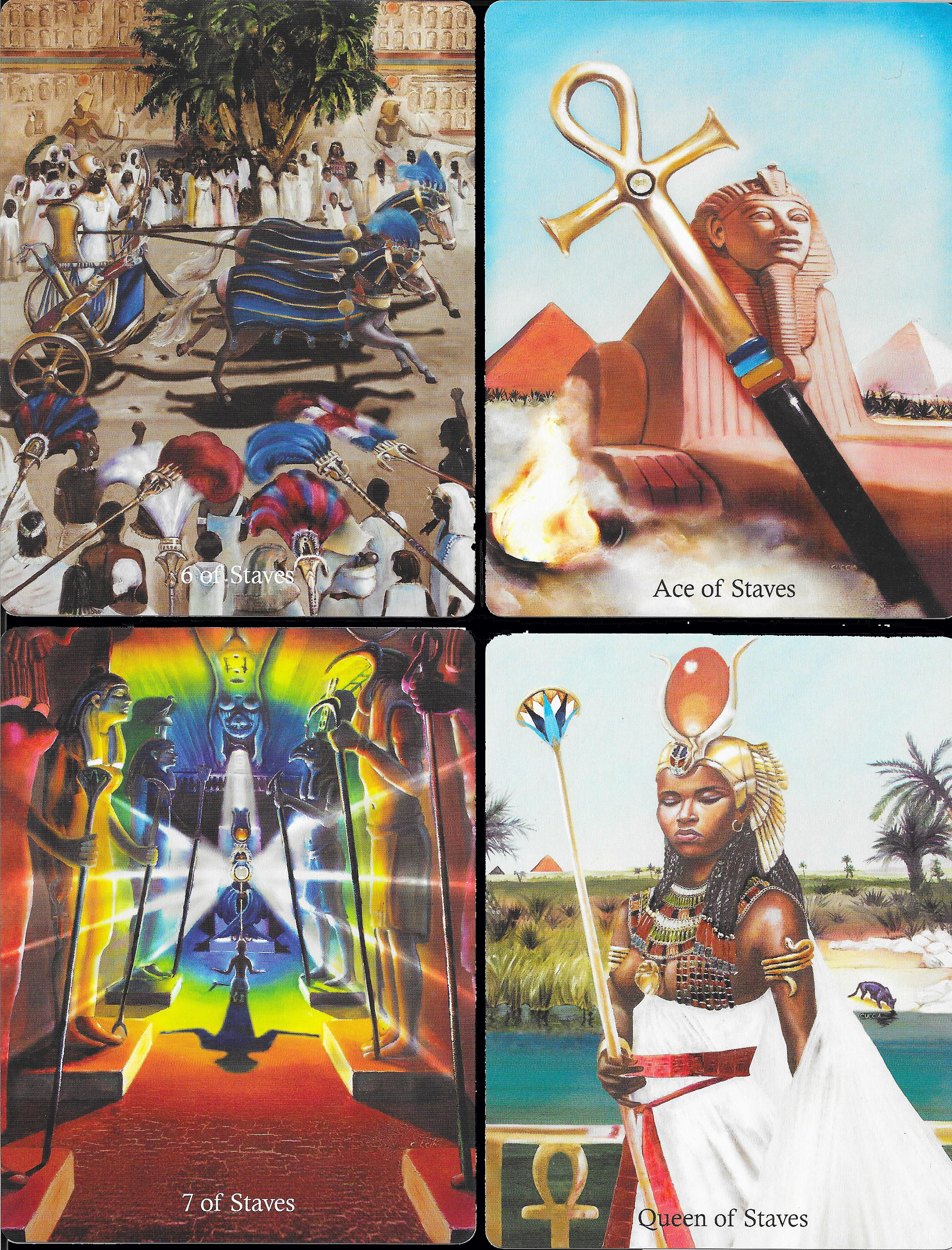 Spend $50 and get 10% off your order
Shipping to : Free
Calculate Shipping

Re-published due to the large demand, this is a new publication of a previously published deck. This has been revised a bit. One of the most noteworthy changes is the removal of the border on each card.

The Ancestral Path Tarot by Julie Cuccia-Watts threads together the diverse beliefs of various cultures in order to find commonalities of experience between them. It examines the traditions of our ancestors through mythology to reclaim a personal spirituality that enables us to perceive the divine in ourselves and others. The Ancestral Path Tarot emphasizes the living tradition of all human cultures for us to factor into our world view. The deck portrays paths created by ancestors of different times and cultures for our consideration.

The deck comes with a 32-page booklet.

One of the more inclusive Tarot decks I own, this one includes a wide array of cultures in the major arcana and uses 4 culture areas for the suites:

While I know this doesn't cover all cultures, I think it does a nice job including many that are often overlooked in the imagery of Tarot. The note worthy absence of Latin culture is one that may ...

The cards are quite large and may prove challenging to shuffle for those with smaller hands, but the end result is worth the extra effort.

I recommend trying these out for a Samhain ritual for contacting your ancestors.

Tarot has been used for several centuries as a divination and meditation tool. I generally pull one card each day and place it on a small altar as a topic of thought for that day. I also do a new reading for myself each full moon. some may prefer not to read for themselves, but I find it useful.

Note: The above information is provided for entertainment purposes only and does not constitute any attempt to diagnose or treat any problem.