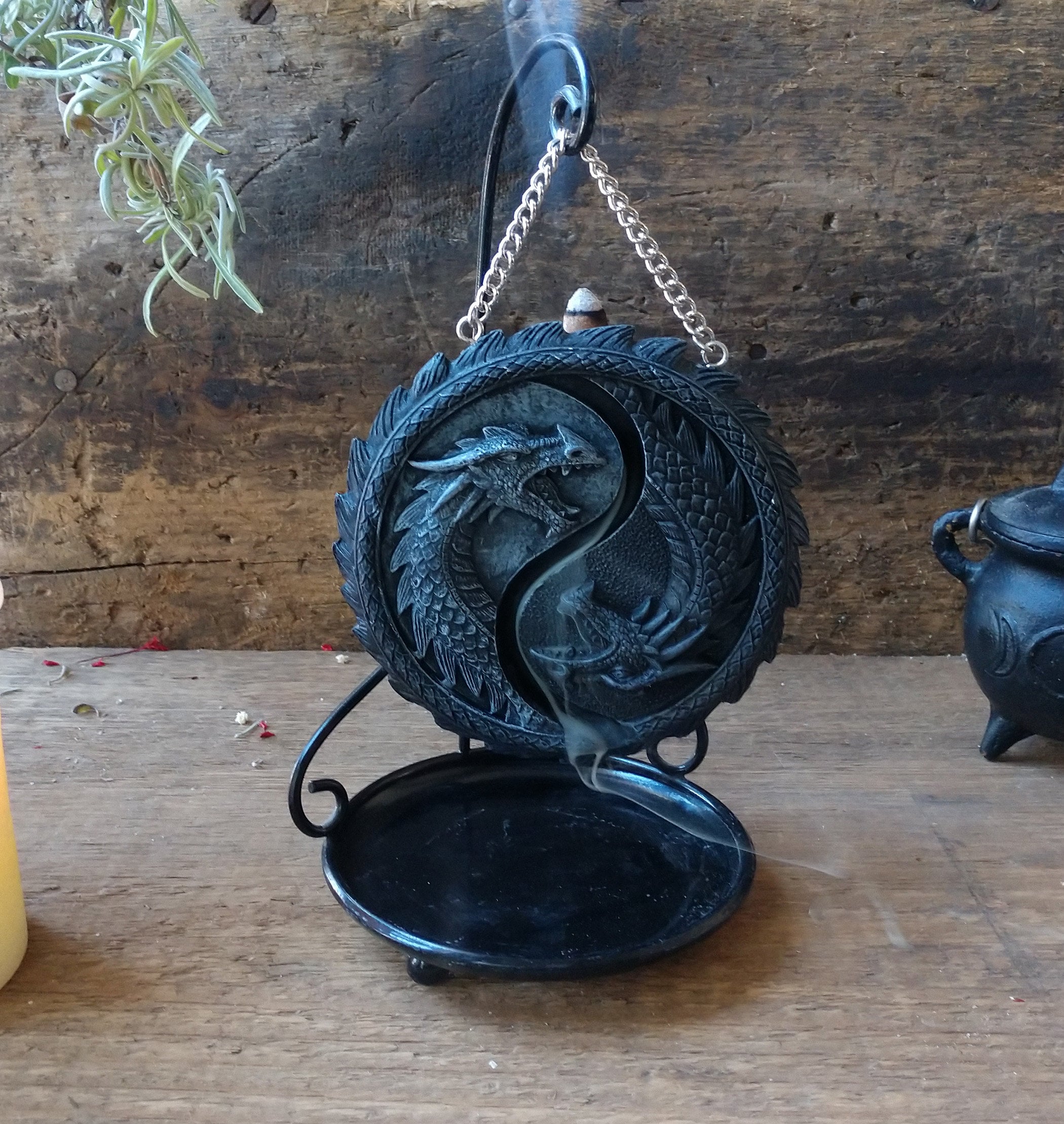 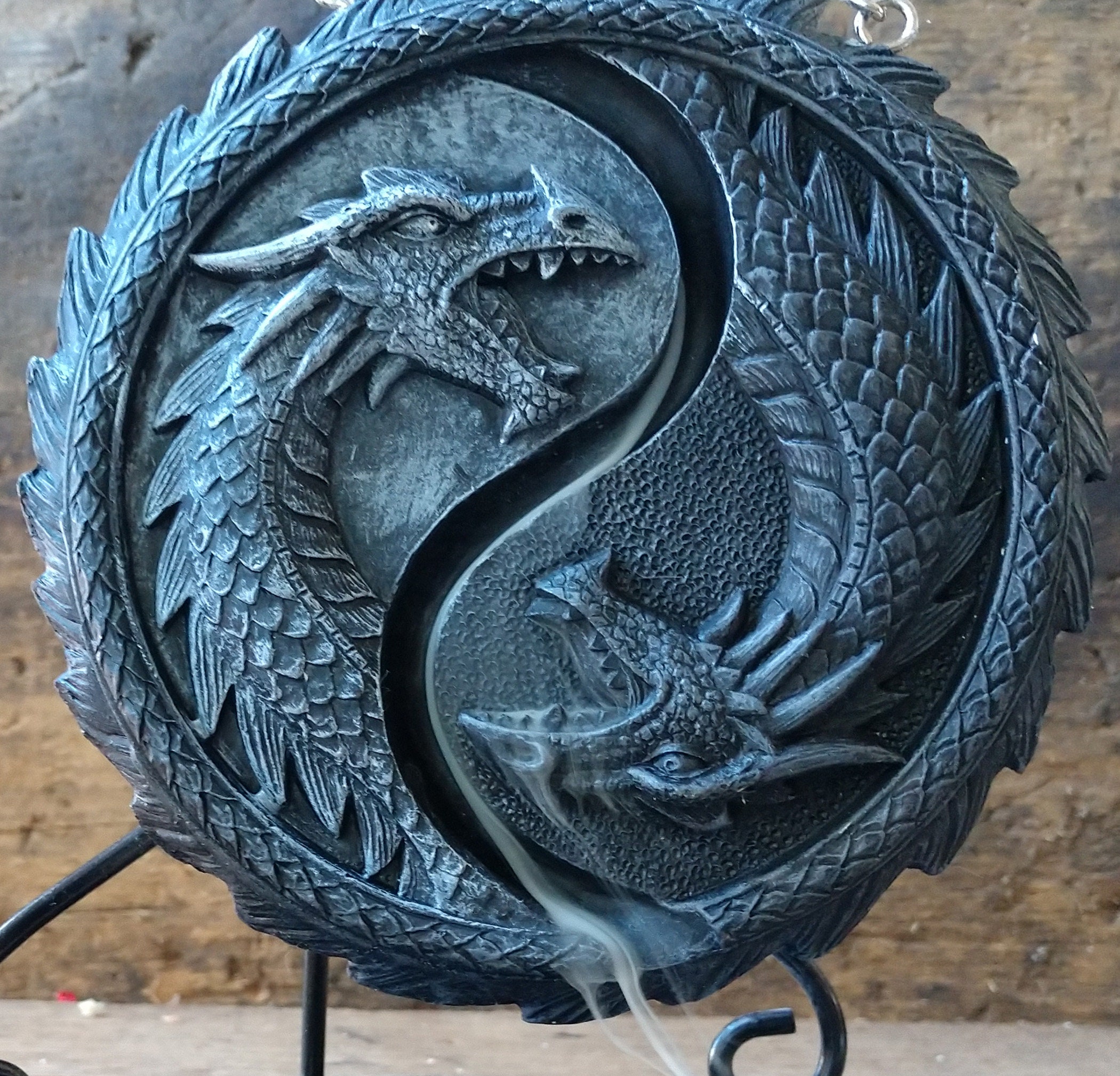 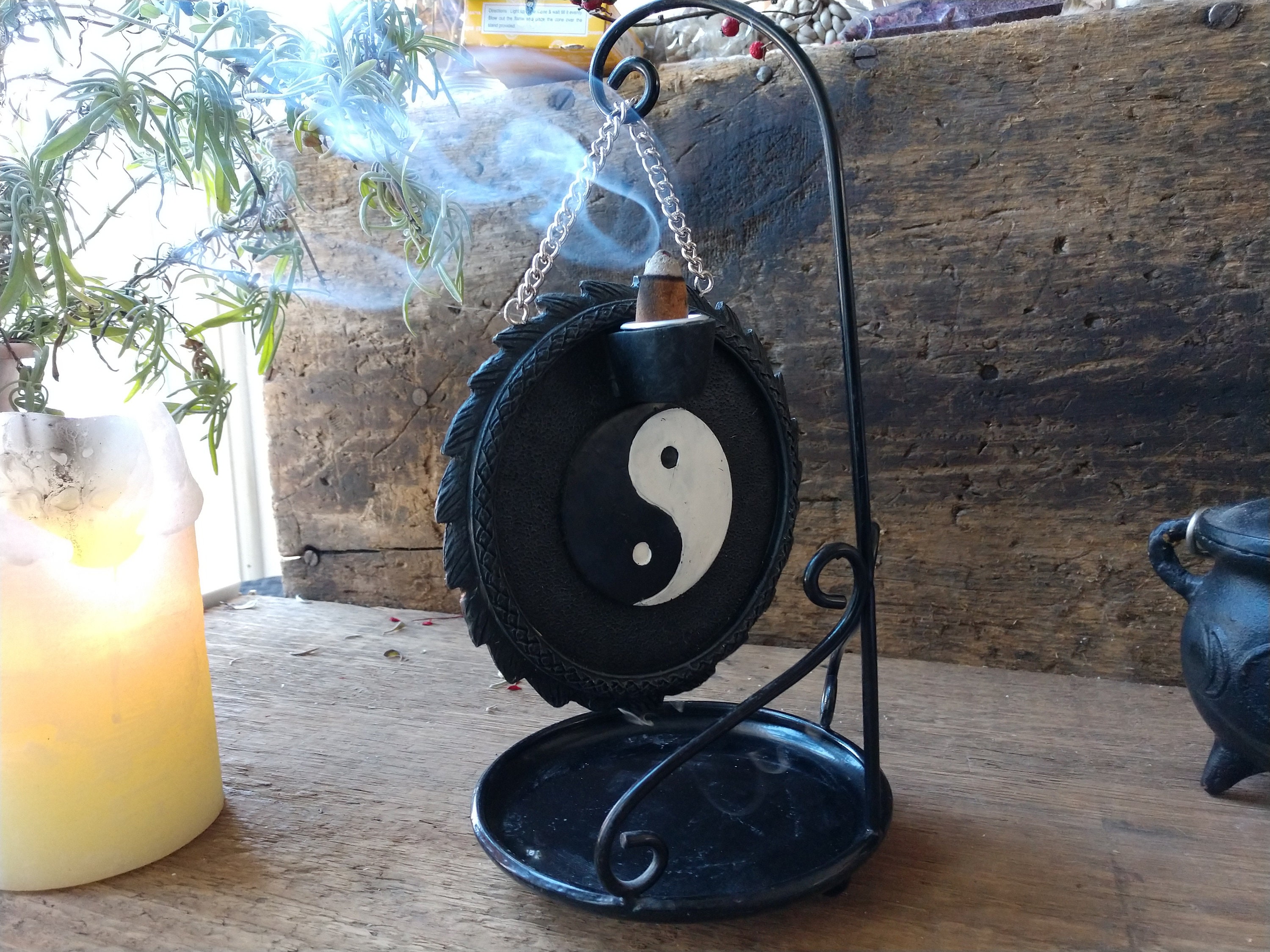 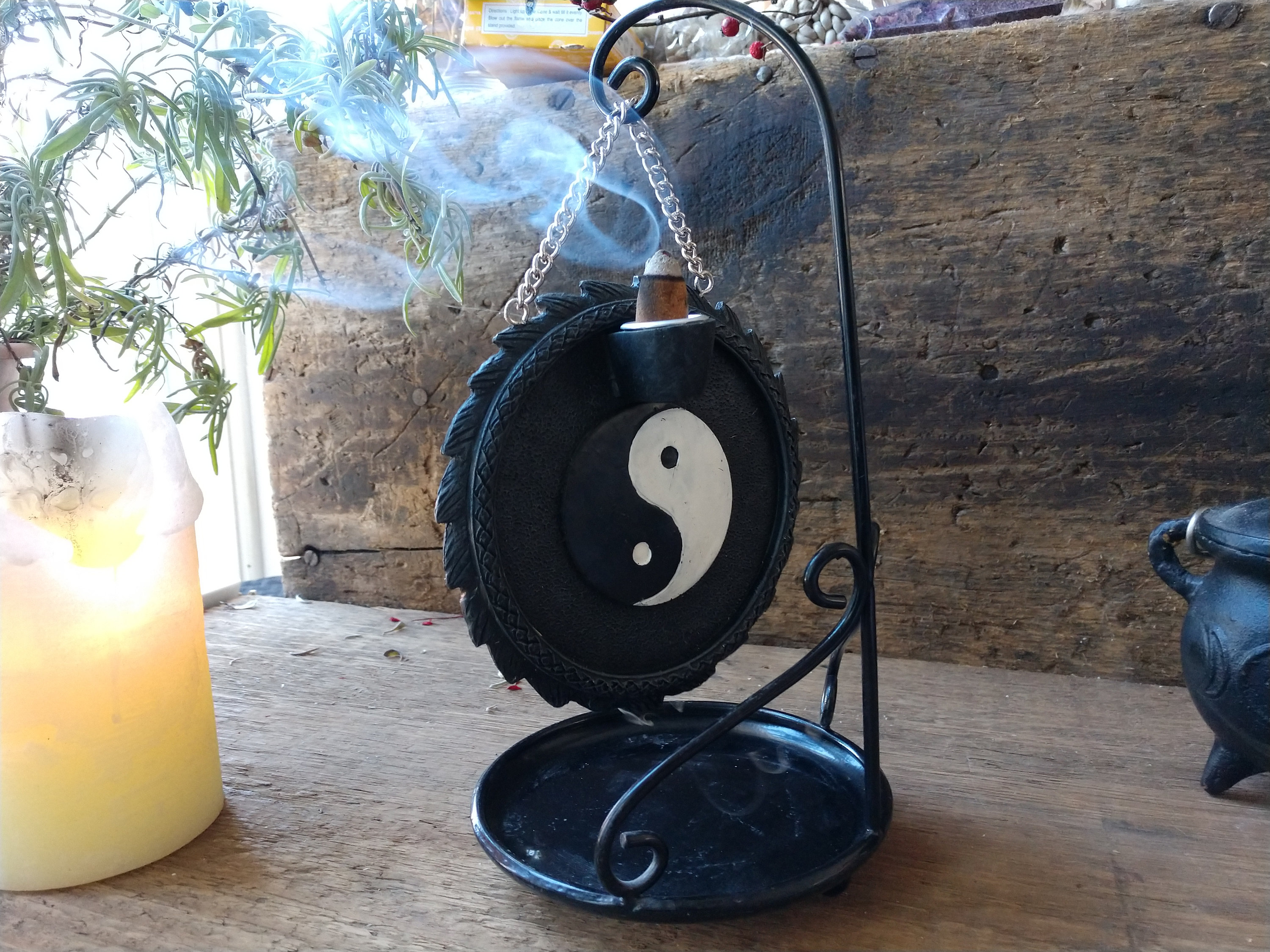 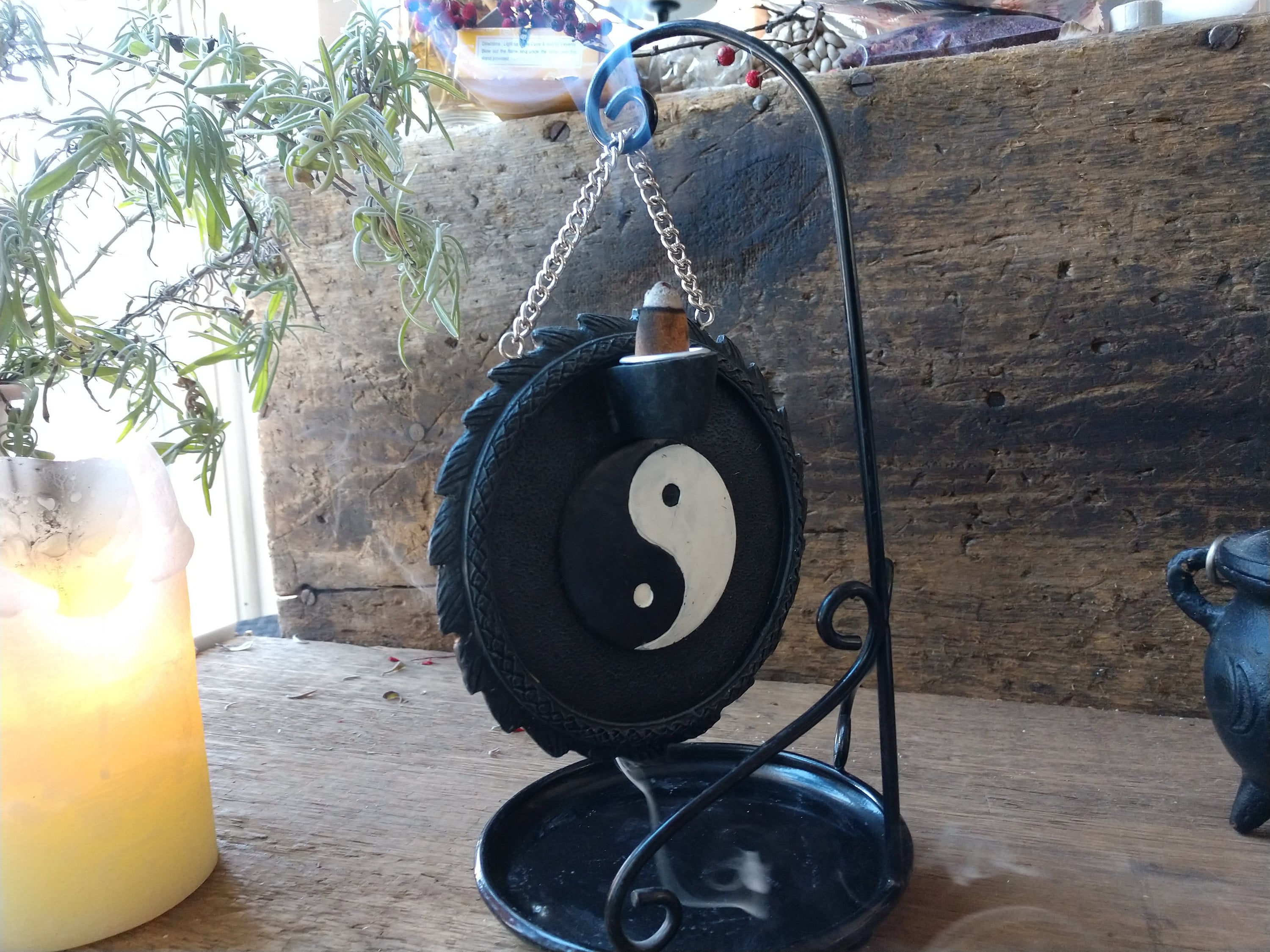 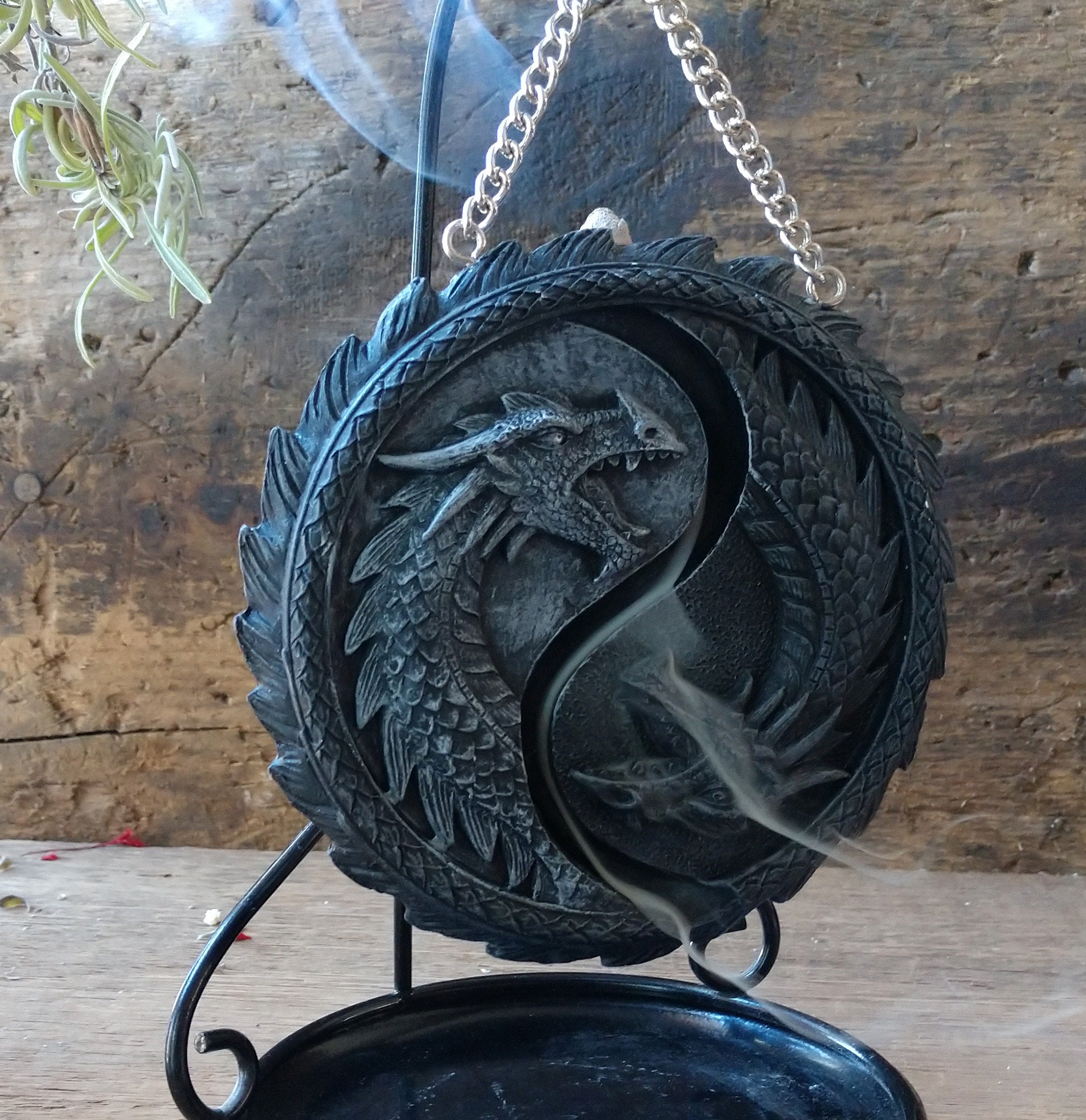 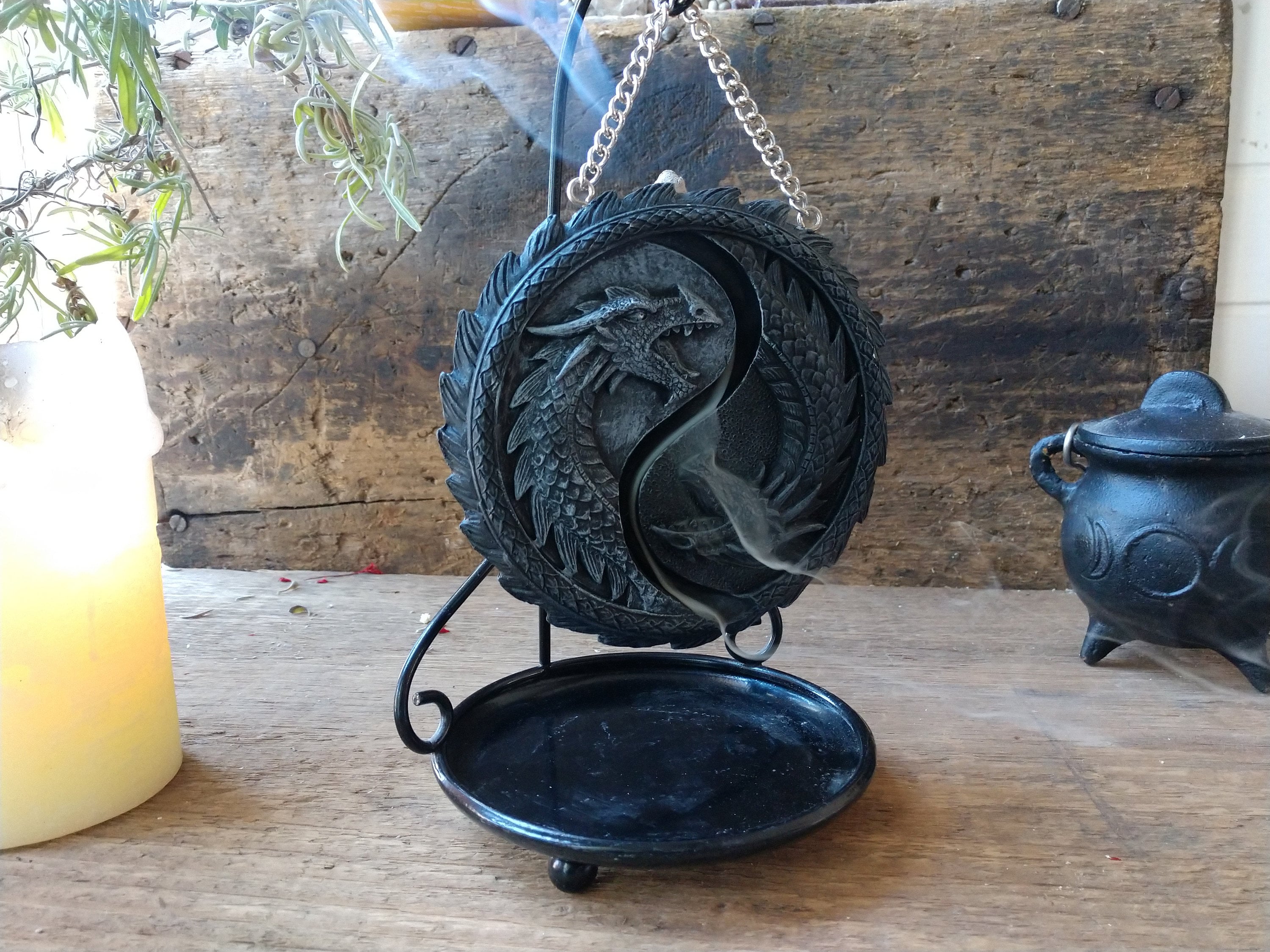 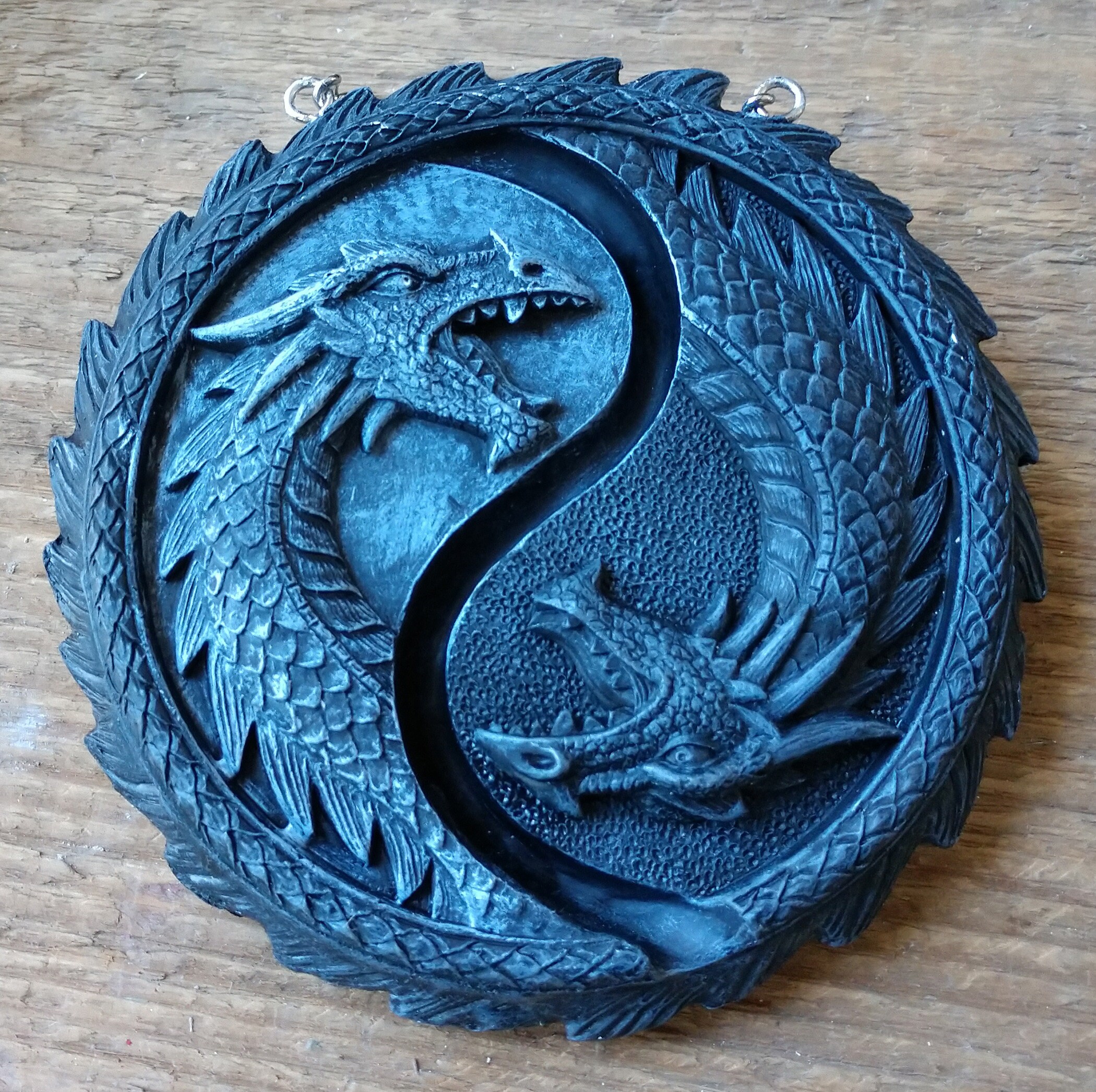 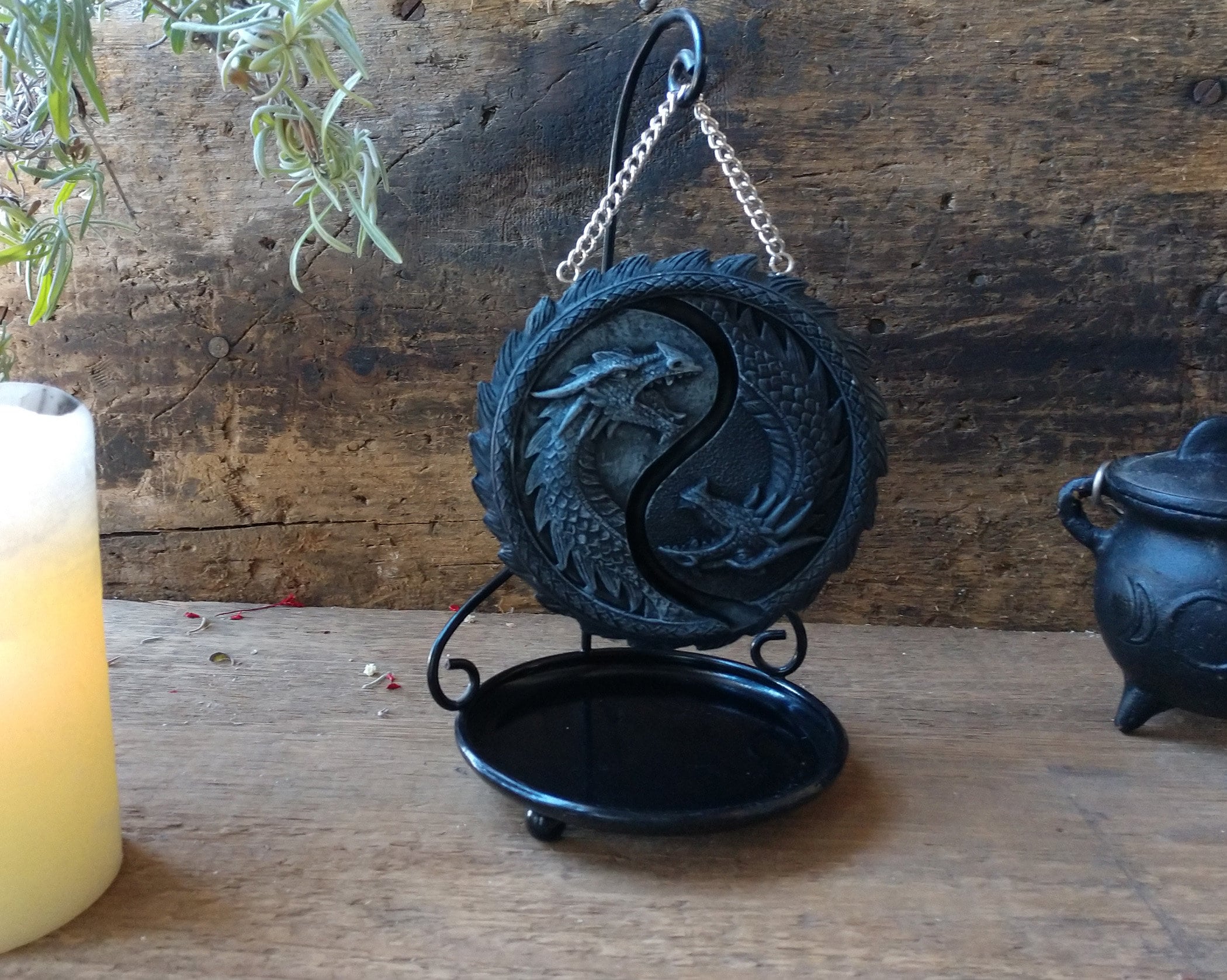 
If you haven't seen these wild burners in action, you'll be pleasantly surprised!

Backflow incense burners use special incense with a tiny hold drilled in it, to create an effect of the smoke floating down instead of up! To make that effect, you have to use backflow incense. And, you have to wait a feew minutes. When you first light it, the incense burns as normal. Then after a few minutes, it starts to creep downward. It's SO cool!

This lovely burner is a backflow burner, that allows the smoke to drift down instead of up!

The round hanger has a representation of the Yin and Yang circles, but done with dragons! The two dragons circle each other as if preparing for battle, frozen in time forever. The smoke behaves wonderfully in this burner (see the video and the various pictures). Also, there is a regular yin and yang imprinted on the back of the burner, so that side looks nice too.